Ganesh chaturthi
Ganesh chaturthi also known as vinayak chaturthi is one of the most auspicious and sacred hindu festivals , it is celebrated to mark the birthday of lord Ganesha son of Gora (parvati) and Lord shiva .
The reason it’s known as chaturthi is that it starts on the fourth (chaturth) day of the 6th month (bhadrpad) of Hindu calendar and ends on 14th day of waxing moon period known as Anant Chaturdashi.
Ganesh chaturthi lasts for 10 days , on the 1st day of vinayak chaturthi devotees bring home idols of lord Ganesha , they worship the idols for prosperity and happiness for 9 days and on the last day of the festival they immerse the icons

Rituals and prayers
There are four main rituals during the festival – Pranapratishhtha – the process of infusing the deity into a murti or idol, Shhodashopachara – 16 forms of paying tribute to Ganesha, Uttarpuja – Puja after which the idol could be shifted after it’s infusion, Ganpati Visarjan – immersion of the Idol in the river.
Temples are crowded with devotees on this festival , mantras are chanted , prayers are offered to praise the lord .

Significance
Devotees believe that Ganesha is the god of all arts – vidya and kala , god of unmatched wisdom and knowledge ,sciences and wealth , that’s why hindus remember and seek his blessings before starting any important work.
Lord Ganesha is also worshiped in Thailand, Cambodia, Indonesia, Afghanistan, Nepal and China.

Offerings
Alongwith the prayers , the offerings are too special .
It is believed that Lord Ganesha was a fan of ladoos and modak—a sweet dumpling filled with jaggery and coconut made from rice or wheat flour. On this festival, various forms of modak are made and offered as prasad. Around 21 sweets including modak, ladoos are offered to Lord Ganesha as bhog.

May lord Ganesha , shower you and your family with unmatched happiness and prosperity on this auspicious occasion of Ganesha chaturthi. 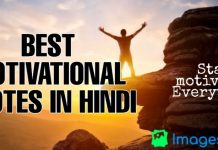